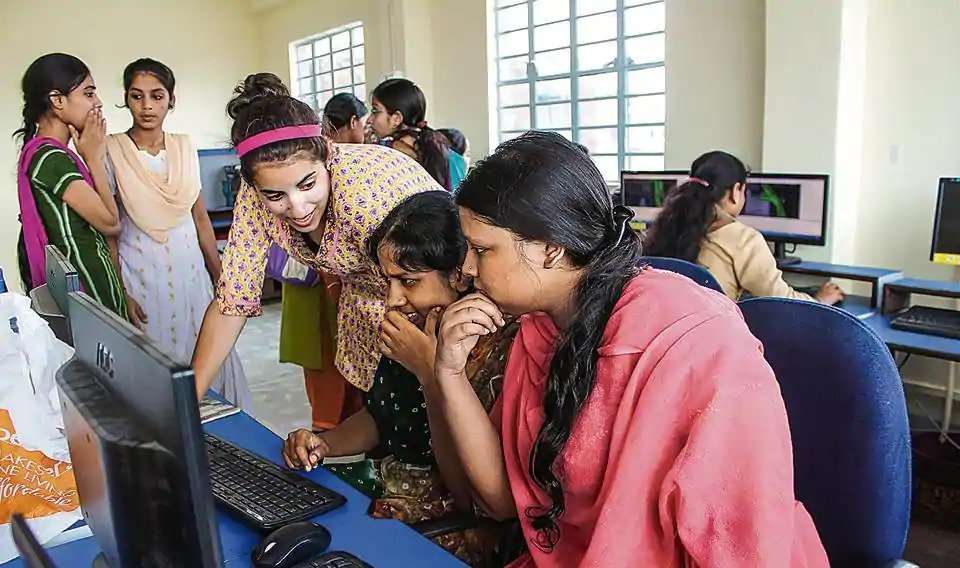 Big data to cameras: How technology is empowering Muslim women

Published in Hindustan Times on 15 December 2016
As the Muslim community and the government debate the abolition of triple talaq, women from the community are using technology to push boundaries.
Download

On November 2, the Chicago Cubs made sports history by winning the World Series baseball championship in Cleveland for the first time in 108 years. The victory was partly attributed to their use of big data: a set of people on their computers going over skeletal reconstructions of the players’ past movements to tag their strengths and weaknesses.

Some of them happened to be young Muslim women from a low-income locality in Kolkata. In 2012, data services company iMerit set up a base in Metiabruz to train young women from the local Muslim community in serving its global clients in technology, financial information and internet retail. The venture-backed startup has trained over 2000 Muslim women in information technology at its Kolkata centre over the last four years. Of them, 200 currently work across its two-storey offices in Metiabruz providing tech-enabled services for clients as wide-ranging as eBay and Catholic Relief Services.

Rehana Khatoon, 21, is one of the senior technicians at iMerit’s global service desk. Her current assignment is to take care of technical issues faced by the global network of Catholic Relief Services over the phone. Khatoon was a high school graduate in 2012 when she heard about iMerit. “I had told my father that I want to take admission in a college, but he said he had no money. He said if you want to go to college, do something yourself.”

Khatoon has learnt a range of tech skills over the last four years. “I hadn’t seen a computer before 2012 so I first learnt the basics. Then, data entry, e-publishing, programming, internet searching.” Khatoon has used the money she makes from the job to see herself through college. “I did my BA in political science. I am now doing an MA. I am fulfilling my dream of higher education.”

The lives of Muslim women in India have been in news since the central government wrote to state governments and other stakeholders seeking their opinion on the abolition of triple talaq and introduction of a uniform civil code earlier this year.

The debate over Muslim women’s rights within marriage and family isn’t new. As they watch it being sucked into India’s messy politics over religion once again, young Muslim women from underprivileged communities across the country are using novel ways to turn around their lives. One of them is technology.

Twenty four-year-old Tabassum from Haryana remembers the day she told her father she wanted to be a radio professional at Mewat’s new community station.

“I wanted to get to meet new people, connect with them. No matter how educated a girl is, if she doesn’t know how to talk to people, her worth is nothing. But most people among Muslims don’t approve of women doing work that requires them to go out.” The community radio station is an initiative by an NGO, Seeking Modern Applications for Real Transformation, to empower rural communities.

Since 2014, Tabassum has hosted her own show on women’s health, Your Health is In Your Hands, on Radio Mewat. Before she greets her listeners at noon every day, she writes her script for the day, records her interviews in the field and edits the programme. “At first there used to be all kinds of rumours in my village—some used to say all I do is play songs, some said I sing on the programme myself,” said Tabassum, as she prepared herself to host the day’s show on pre-menstrual discharge.

Slowly, people in her village started to see her all over the place interviewing people alongside her male colleagues. “They used to come to my father and tell him that I roam with boys. ‘We saw your daughter in a village, in a market, on a street,’ they would say. I said to my father, ‘you have to trust me, I will never do anything wrong.’”

Today, Tabassum told us, she is widely recognized in Mewat as the face of the community station. “People turn to each other in streets when I am walking by to say ‘this is the girl who hosts the programme on the radio.’” She is not the first young woman in Mewat to become a public figure through her work with the station.

In 2014, Warisa Bano, then a host with Radio Mewat, was popular enough in the district to contest the Zila Parishad elections. She lost by a narrow margin. Scores of young women in Mewat want to follow in her footsteps.

Twenty-year-old Farheen has been with Radio Mewat for two months. She’s already hit the field dozens of times. “I used to be terrified of talking to men earlier. Now, I can talk to anyone about anything.” She’s also picking up tricks of analogue mixing and live broadcast. Deep into a village in Mewat, where we followed Farheen on a field trip, we asked a grizzled patriarch how he felt about young women taking over the radio station. “My youngest daughter asked me the other day to sign a form so she can take the exams to class 10. She wants to join the radio station after that.”

“I still face conflict with the family every time I take up an outstation assignment,” said 24-year-old videographer Aisha Khatoon at her studio in Lucknow. “But they come around every time.” In 2011, Khatoon joined a batch of 24 other women who signed up with a local NGO, Sanatkada, for a free year-long training in computers, photography and videography. Since she graduated from the programme, Khatoon has shot a series of weddings and birthday parties in Lucknow and nearby areas.

She tells us it’s not easy for a Muslim woman to walk around with a video camera in a place such as Lucknow. The biggest problem her team faces is unsolicited concern of strangers. “We are in someone’s house shooting a birthday party of their kid, and the moment their guests realise we are Muslim, they start with the questions: ‘How does your family allow you be out so late? How will you go home?’ It goes on.” Once, she said, a qazi refused to solemnize a wedding if she and her colleague didn’t leave the room with their camera. “And this other time, the bridegroom and his friends at a Muslim wedding had a problem that we were shooting them in the men’s section. We argued if the male videographers can enter the female section, why not the reverse.”

It was after 12 years of her marriage that Kaikashan Beg, Khatoon’s 38-year-old colleague, decided to become a videographer. “Every other girl can work in an office. I wanted to do something different.” How did her husband react? “I was informing him of my decision, not asking for his permission.”

Today, Beg is in charge of her life. “I wear a burqa to work, to give you an example, but I take if off when I am shooting. I don’t care who says what. Dekh lenge, toh dekh lein, humein use koi vaasta nahin, humein kaam karna hai. (I don’t care if anyone sees me. I have nothing to do with that. All I care about is getting the work done.)”