Published in The Hindu on 24 February 2018
Whether it’s handling harassment complaints or conducting tuition classes for children, community radio is riding a new wave of growth
Download

Whether it’s handling harassment complaints or conducting tuition classes for children, community radio is riding a new wave of growth

Surrounded by the detritus of society — plastic wrappers, paper, rags, tins and bottles — Siddiq Pasha directs his team as they sort through piles of waste. We are at a dry waste collection centre in Kottigepalya in west Bengaluru, where the 31-year-old Pasha is supervisor. When he is done organising, he walks out of the shed to where Zarena, a waste collector, is waiting. Now, Pasha is not a waste centre supervisor anymore. Donning the hat of a radio reporter, he whisks out a recorder and prepares to interview Zarena.

Over the next 15 minutes, Zarena describes her work, telling Pasha that she has been collecting waste for 25 years. Pasha’s wife Salma Khanum, 27, is feeding their baby and listening in. Suddenly, she takes the recorder from Pasha and begins to ask Zarena the more personal questions — about Zarena’s family, challenges at home, how she balances work and life, her dreams.

The interview being recorded will air on Radio Active 90.4MHz, on which Pasha and Salma run a show called Kasa Shramika Parisara Rakshaka (Garbage Collectors are Environment Protectors) that airs four times a week. Today, Zarena is their guest speaker.

The couple has been running the show for close to six years now. Over the years, they have debated various aspects of the waste collectors’ lives: how they obtain identity cards, their children’s education, health and so on.

Across India, community radio stations like Radio Active have been giving a voice to the marginalised, and with a growing following of listeners, are beginning to show they could have the power to bring about change.

I ask Pasha how radio has changed his life, and he says, with tears in his eyes, “Who wants to allow a waste collector to talk? I never thought there would be so many people who would listen to us.” Six years ago, he was a truck driver, while Salma sorted waste to earn a living. He would regularly accompany her to meetings organised by Hasirudala, an organisation that helps waste collectors. “During one such meeting, people from Radio Active heard my voice and asked if I would host a show. Since then, there has been no looking back,” he says.

Over the years, Pasha and Salma have become the voice of their community. “If a waste collector has a problem, they approach us and we discuss possible solutions on air,” he says. The couple even addressed a case of sexual harassment that forced the heads of the collection centres to make workplaces safe for women. Radio Active, which launched in 2007, provides a platform for people from different walks of life, and airs shows that strike a chord with a large number of ordinary people — autorickshaw drivers, members of the transgender community, garment workers and people living with HIV. 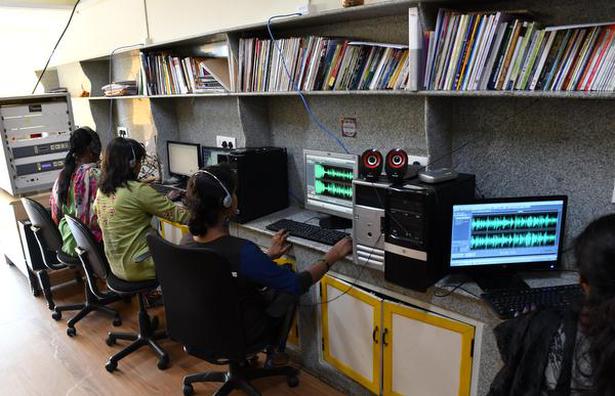 Pinky Chandran, Director of Radio Active, tells me how it all started. “At the end of a conference on women’s health in a slum in Bengaluru, I went up to a woman and pulled out my recorder and asked her to speak. The woman started weeping. I was startled and wondered if I had done something wrong. Later, she told me that nobody had ever asked her to speak before. She felt nobody thought her voice was important. There are so many people we make invisible or pretend they do not exist. Our community radio aims to give them a platform,” says Pinky. 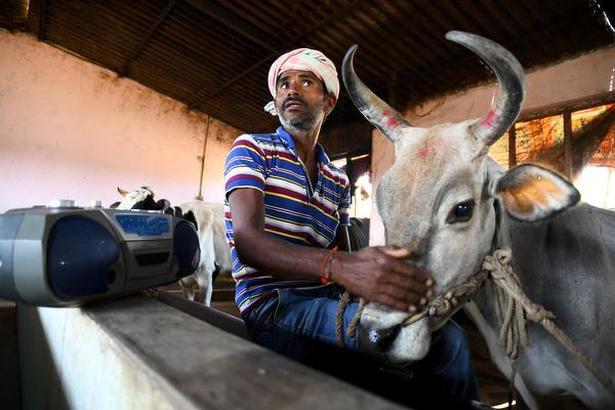 While stations like Radio Active work with Bengaluru’s marginalised, others cater to a more niche audience. The Krishi Community Radio Station in the University of Agricultural Sciences in Karnakata’s Dharwad district, which also launched in 2007, focuses on the farming community. The aim of the station, run by postgraduate students, agriculture scientists and officials, is to keep listeners updated on the latest practices, whether in organic farming or animal husbandry. People from 75 villages in and around Dharwad can tune in to the station, which airs over 35 shows for eight hours a day: from 6 a.m. to 10 a.m. and 5 p.m. to 9 p.m.

Devendrappa S., professor of agricultural extension and programme officer, who heads the station, and his team, are aware of the influence and respect the programmes command.

“Many of our listeners tell us they have benefited from the information we share. Farmers sometimes decide to change their crop or their method of farming based on our programmes,” says the professor.

Ashish Sen, 60, is a community radio educator whose interest was kindled during a stint at a media research group in Bengaluru in the 80s. He realised “that communities who don’t have access to mainstream media need a space of their own.”

“It becomes not just more relevant, but transformative, when community members design programmes along with producers,” he says. The concept of community radio is built on the principles of co-learning. “Mainstream media does not highlight stories from the community — either in terms of perspective or content,” says Sen. Many listeners tune in to radio in the hope that the hosts will solve their problems. Archana Kapoor, founder of Radio Mewat in Haryana, talks of how citizens come to the station to demand access to their provident fund, or when they feel they are not getting adequate medical attention. “Victims of domestic violence also approach us,” says Archana, who launched Radio Mewat in 2010 in Nuh, one of Haryana’s most backward districts. There have been instances, she says, when roads have been constructed by local authorities following complaints made on air. The station runs 12 to 15 shows per week and all of them are produced and put together by people from the community. They reach 168 villages with a total population of 5.68 lakh. Over the past eight years, Archana says she has provided the community information and helped educate them on their rights.

Archana is particularly heartened by individual success stories. She recalls how a young Farheen walked into the radio station but found she could not speak confidently. Today, Farheen, in her early 20s, hosts two shows on Radio Mewat — Farheen: Hello Saheli, a weekly programme for women, and Gyan ki Baat, a daily programme that quizzes listeners on current affairs.

Farheen joined the station in 2016 and says she has become a different person. “When I joined, I did not even know how to touch a mouse. I had stopped school after Class X. But now, I switch on the computer, record, edit and put together the entire show myself,” she says. She travels to villages to talk about menstrual health and hygiene, once considered taboo.

“Earlier, when someone asked me what my dream was, I laughed and said I had none. But today, my dream is to become an actor,” says Farheen.

One of Radio Mewat’s most popular programmes offers tutorials to students. Data showed that seven of 10 students had failed the Class X exams in the region, where there is an acute shortage of teachers. The show was launched in August last year, and is run by doctors, lawyers and teachers.

“I am not saying we have changed Mewat. But we have played a role in making people aware of their rights, and bringing about transparency in governance,” says Archana. Gurgaon Ki Awaaz, meanwhile, devotes 14 hours of its 22-hour daily broadcast to music. Arti Jaiman, station director, says that although their reach is limited, the station is a strong media platform. Their programme Chahat Chowk (Crossroads of Desire) on sexual health has been transformative in many ways. “Listeners who once resented this programme now tell us that we are doing a public service. Community radio helps create a mindshift and talk about issues that are taboo,” says Arti. 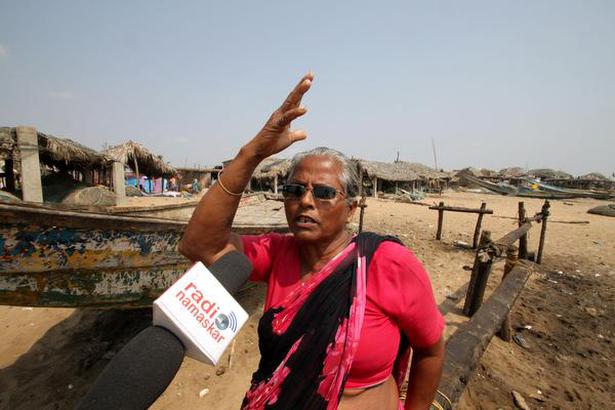 In Odisha today, there are close to 10 community radio stations focussing on everything from agriculture, women’s rights, health and nutrition, to governance, indigenous art and culture. It all started with Radio Namaskar, which aired its first show in Konark in February 2010. Since then, radio has been the chosen medium through which social activists have reached out to the community. At least seven more stations are likely to launch over the next two months.

Encouraged by the success, a voluntary organisation called Young India, which runs Radio Namaskar in Puri district, has joined up with other community radios to start MissionCR314, to launch stations in all 314 blocks of Odisha. Several civil society organisations have come forward to be a part of it, says chairman of Radio Namaskar N.A. Shah Ansari. In Assam’s Dibrugarh district, Radio Brahmaputra started broadcasting in 2015 in three languages — Assamese, Shadri and Bhojpuri. Says Bhaskar Jyoti Bhuyan, who works here, “The biggest advantage for people is that we provide information in the local dialect, something mainstream media does not do.” Accessing health services is a major problem in the remote areas, and Radio Brahmaputra airs programmes about women’s and children’s health, gives information about public health centres, immunisation schedules, nutritious food, and what communities can grow in the kitchen garden. 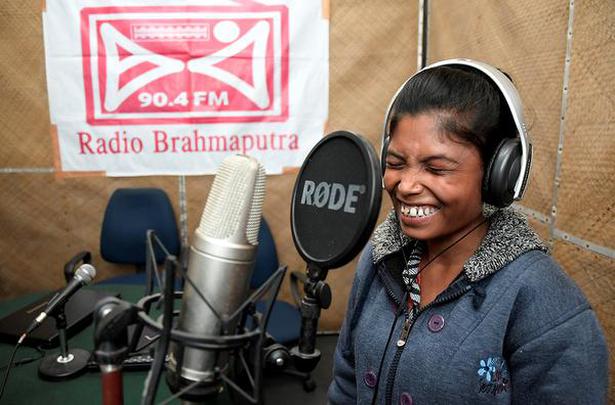 According to Prof. Devandrappa, it is challenging to produce good quality programmes because of budget constraints, a view that Archana shares. Ansari believes the growth of community radio has been marginal in India with promoters struggling with poor resources, inadequate patronage and technical snags.

Sen agrees that there have been some glitches in the life-cycle of the movement. “The community must feel a sense of ownership for the radio station,” he says. Currently, licences to start community radio are given to NGOs, universities or agricultural institutes. “There may be times when the NGO’s area of interest is not the same as the community’s, so that sense of ownership may be lost,” he says. Sen believes there’s a need to include news in programming which is not permitted now. “Local news is a critical ingredient of community participation and the lack of it has hampered growth.”

Strangely, despite these hurdles, its proponents remain optimistic about the future of community radio in India, about its ability to touch lives, and catalyse change. Pinky believes that in today’s world of converged media, programmes have a greater reach than ever before as they are shared on social media sites. Arti agrees: “The nature of radio technology is such that it pairs beautifully with newer technology.” Interestingly, it could well be brash new social media that community radio uses to come of age.

With inputs from Prafulla Das in Odisha.