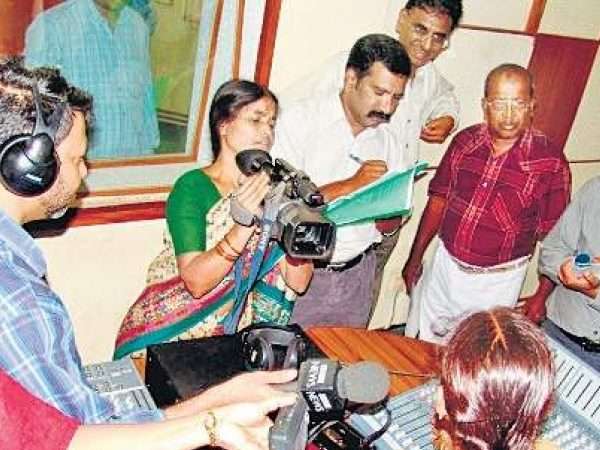 Published in The New Indian Express on 27 March 2020
The outbreak of COVID-19 has further strained the resources of the CR stations, said N A Shah Ansari, president community radio association.
Download

NEW DELHI: Imran Khan, 32, will leave his office on Friday morning after having spent three consecutive nights there. So will his other two colleagues at Radio Mewat — a community radio station.

While the country entered into a lockdown at the outbreak of COVID-19, reporters and station managers at the stations reached out to communities in new formats and with an added responsibility to generate more awareness at a hyper local level around the global pandemic. They also receive a range of feedback from the local community — on violations amidst the lockdown, and supplies around the area, among others.

“We are staying in a group of three in the office for consecutive three days in order to ensure social distancing. Community radio (CR) stations have assumed more importance now to ensure people get the right information. A lot of rumours are going around on social media which need to be busted through this engagement,” said Khan.

The CR stations also answer a lot of questions that the comunity raises — ‘why there is a lockdown in the country’, ‘how many cases have been reported in the area so far’, said Sohrab Khan, station manager at Radio Mewat. They are also raising awareness on the current generic issues of frequent handwashing, access to healthcare services and physical distancing.

With the lockdown, CR stations are facing issues staying on air as their staff and volunteers are finding it difficult to reach the stations, observed N Ramakrishnan, founder-director of Ideosync Media Combine. “Many stations are working with smaller teams who are working in shifts to run the stations,” he added.

The role of CR stations is particularly important as the vulnerable sections of the population need credible information in their local language on how they can protect themselves against COVID-19, pointed out Vinod Pavarala, UNESCO chair on community media.

Shamanthaka Mani from rural Karnataka-based Sarathi Jhalak said while the international and national media focus on cities, there is little effort to understand villages. “It is the duty of CR stations to understand the local needs and engage with the local police and gram panchayat members to connect with the community,” said Mani.

Currently, there are over 270 CR stations in India. While they play an important role in educating people in remote areas of the country, they are struggling with funds and the lack of advertisements, said N A Shah Ansari, president community radio association. The outbreak of COVID-19 has further strained the resources of the CR stations, he added.

In a letter written to the Ministry of Information and Broadcasting on Thursday, the association has appealed for advertisements and a one-time grant to procure additional equipment to be able to run their services for the communities. “How will the CR stations survive otherwise?” asked Ansari.

With the concept of CR stations being defined by ‘by the people, for the people and of the people’, the thrust continues to be on community engagement despite representatives from the community not being present in the studios amidst the COVID-19 crisis, said Seema Bharti Srivastava, station manager, Voice of Azamgarh. “With people staying at homes, we have counsellors advising people on how to take care of their mental health during this crisis. While we are doing phone-ins with people from the community, the lack of consistent network throws up challenges before us,” she added.

In Kerala’s Wayanand district, Mattoli is reaching out to the community by complementing its broadcast with news capsules on WhatsApp through the form of voice clips of local authorities, including MLAs, district magistrates and superintendent of police, said Father Bijo Thomas, station manager at Mattoli.

The Community Radio Association has urged stations to ensure disseminating reliable information and continue to create awareness among the diverse groups of people the stations cater to.