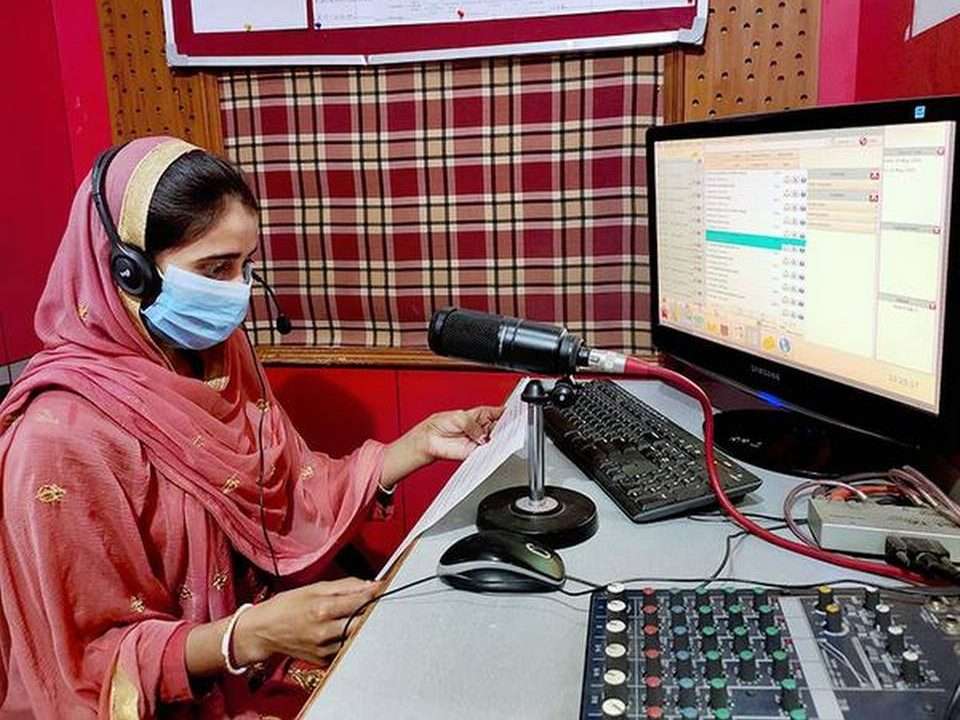 Nuh shatters wrong notions in its fight against COVID-19

Published in The Hindu on 16 May 2020
The Haryana district, accounting for more than one-fourth of the State’s active cases in the second week of April, now has seven under-treatment patients left, which is less than 2% of the State tally of 360 cases.
Download

The Haryana district, accounting for more than one-fourth of the State’s active cases in the second week of April, now has seven under-treatment patients left, which is less than 2% of the State tally of 360 cases
A Muslim-dominated region, Nuh’s challenge to combat COVID-19 has been different. And so is its response.

No wonder this Haryana district, accounting for more than one-fourth of the State’s active COVID-19 cases in the second week of April, mostly linked to the religious congregation in New Delhi, now only has seven under-treatment patients left. This amounts to just 2% of the State’s tally of 360 cases.

This, despite twin handicaps — the lowest literacy rate in the State and extremely poor health infrastructure.

Seemingly relieved, Nuh’s Deputy Commissioner Pankaj says the district officials’ public image of being “impartial”, “transparency in dealing with the situation” and the “prompt action” are the cornerstones of their multipronged approach to tackle the crisis. “The situation could have easily gone out of hand had we not been able to trace the Tablighis swiftly. The cases could have even run into thousands due to community spread. Maintaining law and order was another major challenge as rumours could turn things ugly in no time,” says Mr. Pankaj, a 2009-batch IAS officer.

Sudden spurt
Not having a single case till the end of March, Nuh saw a sudden spurt soon after the religious congregation in the Capital and topped the State’s COVID-19 tally with 38 cases on April 9. The administration responded quickly to the emerging situation realising its gravity to “trace” 655 Tablighi members, including 50-odd foreign nationals, within 48 hours after the Nizamuddin episode hit the headlines.

But it soon dawned upon the authorities that the battle was far from over. The local religious leaders, voicing the perception of the large Muslim population, expressed apprehensions that the Tablighis could be “ill-treated” inside the quarantine centres and opposed to them being kept at government centres. They demanded that Tablighis be kept at mosques or madrasas.

Potential flashpoint
Given the long history of the local population’s lack of faith in the government agencies, as also evident from their opposition to the vaccination drives, and more so in the wake of the Citizenship Amendment Act recently, the situation could be a potential flashpoint.

But the administration, going against the protocol, allowed the maulanas escorted visits inside the centres and to talk to the under-treatment Tablighis to assure them they were not in “custody”.

Reputation of Mr. Pankaj, who has completed almost two years in the district, and Additional Deputy Commissioner Vikram, and their understanding of the local sentiments helped save the situation.

Another possible flashpoint was reached when the Haryana government ordered seizing of the mobile phones and the original identity cards of the Tablighis inside the centres, but the district administration again acted judiciously to convey the ground situation to the higher-ups and a mutually agreed upon solution was found.

‘Nuh model’
Mr. Vikram, a 2014-batch IAS officer, says that close coordination of all district departments and ensuring the participation of the locals in the form of “Theekri Pehras” inside the containment zones has been another highlight of the “Nuh model”.

On April 8, as many as 33 villages and two urban areas, Nuh and Punhana, were declared containment zones to prevent the spread of the deadly virus. In four villages, even stricter restrictions were put in place and the residents were supplied the essentials at their doorsteps.

The health department constituted 289 teams, comprising the ASHA workers, Aganwadi workers and lab technicians, under the overall supervision of the doctors for a door-to-door survey. Mr. Pankaj says the entire 12 lakh population of the district has been checked twice for symptoms, besides random check-ups for the policemen, paramedical staff and cart pullers.

The Chief Medical Officer, Virender Yadav, suggested to modify a mobile van to minimise a doctor’s interaction with the suspects during sample collection to go around the scarcity of Personal Protective Equipment. It was a great success. In fact, none of the medical and paramedical staff in the district has contracted the virus so far.

The district administration simultaneously analysed the death figures for the villages on a daily basis to detect emergence of any new pattern suggesting possible community spread. All vegetable markets were shut in April itself in a pre-emptive move and the shops, now allowed to open, follow the odd-even scheme. Amid all this, the administration also arranged for the procurement of Rabi crop and ran relief centres for migrants walking through the district.

Countering rumours
Being one of India’s most backward regions — Nuh figures on the NITI Aayog’s 100 aspirational districts list – the locals have little access to social media and electronic and print media. The administration arranged for announcements from the mosques with the active support of the religious leaders to put across the authorities’ directions and counter the rumours. Radio Mewat, a community-radio station run by SMART, an NGO, also acted as vital bridge between the administration and the locals.

“Our team has been running the programme “COVID-19 Se Jung Radio Mewat Ke Sung” since mid-March and broadcasting 3-4 hours of content on the deadly virus. It has been fighting myths, misinformation and rumours,” says Archana Kapoor, founder director SMART/Radio Mewat.

The religious leaders also helped persuade the locals not to go to the mosques during Ramazan and stay indoors. “In fact, they had a very important role in implementing the administration’s orders on the ground in our fight against COVID-19. These leaders also convinced the Tablighis inside the centres to not gather for offering namaz and maintain social distancing,” says Mr. Pankaj.

Nuh boasts of the maximum number of self-help groups in Haryana. These also contributed their bit by making masks and even PPEs for the secondary and tertiary line workers. Mr. Vikram says the administration procured two lakh masks at ₹8 per piece from the SHGs.

Tense relations
Mewat Vikas Sabha president Salamudeen Meo says the region managed to win the fight against the COVID-19, but a campaign of hate against the Muslims labelling them as “corona spreaders” has impacted the relations between the two communities in and around the district. Though no major incidents of misbehaviour or violence were reported in the district, a former Muslim serviceman was beaten up in Sangel village of Nuh by a crowd in April accusing him of spreading the virus. Mr. Meo says there were also reports of the local Hindus not buying vegetables and fruits from the Muslim vendors in the area.

Similarly, a few ASHA workers and paramedical staff had also alleged misbehaviour by the locals villagers during the door-to-door survey.

Local journalist and social worker Mohammad Younus Alvi says the local police registering attempt to murder cases against the village sarpanchs for failing to inform the authorities about the visitors from outside helped contain the spread. “All the cases in Nuh were linked to those coming from outside. The fear of police action led to quick reporting of the outsiders and the spread was contained in time. The political and religious leaders also played an important role in ensuring adherence to the directions of the administration. But the district administration lacked in its efforts to create awareness on the matter,” says Mr. Alvi, also a former councillor.

Nuh MLA and Deputy Leader of the Opposition, Aftab Ahmed, says the victory against the virus was a “collective effort” and the locals in their fight against COVID-19, shattered the wrong perceptions held against them, to comply with the government directions staying indoors and maintaining social distancing. Mr. Aftab says the district did not register even a single death and the health infrastructure created during the Congress rule, such as Shaheed Hasan Khan Mewati Government Medical College, Nalhar helped the district.

Mr. Pankaj says the district’s fight against COVID-19 continues with new challenges and the administration now needs to be more vigilant since a large population, working as drivers and daily wagers, needs to travel to Delhi and Gurugram daily for their livelihood. “But the fact that only nine of 65 patients had symptoms hints at the high immunity levels among the locals. It could work to our advantage,” he says, with a broad smile.