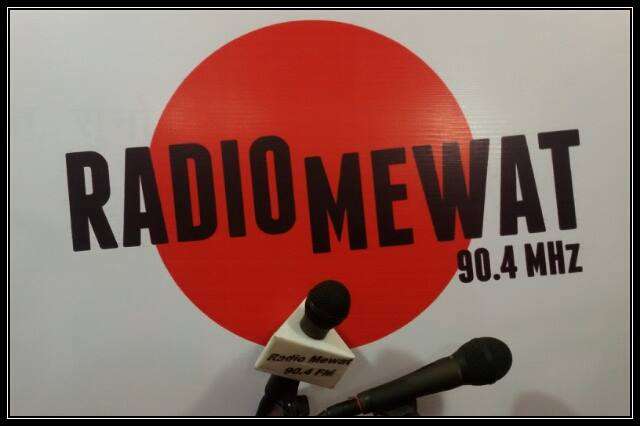 Tune in to Mewat

Published in Hard News on 2 April 2012
Like 'history from above' has a counter in histories written from below, mainstream television and radio have a counter in the idea of community radio
Download

Like ‘history from above’ has a counter in histories written from below, mainstream television and radio have a counter in the idea of community radio

What strikes you as you listen to the journey of Radio Mewat, a community radio station based in Mewat in rural Haryana, is that you cannot talk of the radio without talking about the people who are its daily listeners and partners in many ways. In February, it won the ‘sustainability model’ award announced by the ministry of information and broadcasting at the 2nd National Community Radio Sammelan.

Launched 18 months ago by an NGO, SMART, the ease with which it is becoming a part of the community has surprised even those who set it up. Deshraj, who has been with the radio since the beginning, recalls the day when someone called to ask why the day’s broadcast was late – a big thing because till then “we weren’t sure if people actually listened to us”.

The point of a community radio, explains SMART founder Archana Kapoor, is that listeners have to become “producers and stakeholders at some stage”. Unlike the television audience, community radio listeners are not passive receivers of information; they are also part of the making of the programme’s content. Since the radio has been on air, its programmes have evolved out of this two-way process.

“People called to ask why there were no women’s voices, so we got women anchors and reporters. There are many walk-in guests, including singers and poets, who want to be featured on the radio,” says Kapoor. People also call in with requests for their favourite programmes or songs.

The radio serves as a direct medium that gives people a space to voice their everyday questions, and acts as a bridge between the people and the administration. “Even if we don’t always have the answers, we listen and try to find the answers,” says Kapoor.

The programme hosts belong to the local community – an empowering act, especially for the Meos, often seen as ‘backward’ and resistant to change. Kapoor recalls when the local reporters went to Chandigarh and confidently met officials, asking questions and making announcements into the microphone. Deshraj says they have learnt the ropes so well that today he often ends up seeking their help.

In the beginning, there used to be just two hours of broadcasting. The radio today runs for ten hours. Among its programmes are Kalakar ki Kala, Aaj ka Mehmaan and Gaon Gaon ki Baat. On its way to become a ‘must visit’ destination in the region, the Radio Mewat station has seen a stream of visiting officials. As a spin-off of these vists, the community gets an opportunity to interact with the officials and air their grievances.

During one such visit, when Director General (Agriculture) AK Yadav wished to meet the listeners, 16 people from diverse backgrounds soon landed up, including farmers, students, a mechanic and a tea-seller. The staff had just picked up the farmaish (request) register and called the listeners, requesting them to drop in for a cup of tea with the officer.

A community radio reflects the society where it is set up, but it could also perhaps play a part in changing it. Those associated with the radio were pleasantly surprised by the number of women callers – remarkable, they feel, in a community where women do not have access to telephones. Every time a woman calls, there is a celebration in the office. School kids often drop in during their recess to do stuff like recording jokes. Indeed, the radio seems to have made a place for itself in the everyday lives of people.

“Community radio will become more popular with more central and state government schemes on sustainability. The hard work put in by the team behind Radio Mewat shines through in its exemplary performance. It has also been projected and branded well,” says R Sreedher, Director, Commonwealth Educational Media Centre for Asia.

For the people of Mewat, the radio is a space where they can voice their concerns and showcase their talent. “They feel the radio is somebody who listens to them,” says Deshraj. To the administration, it gives a chance to be in direct touch with the people and hear what the otherwise unheard voices of Mewat sound like: angry, discontented or happy. All they have to do is tune in.